Tekton provides a framework for implementing CI & CD in Kubernetes. Like most things Kubernetes related, Tekton is really an open, flexible design to allow you to implement CI & CD pipelines in a standardized way irrelevant of the products, vendors, and specific goals of your particular implementation.

Tekton is a quickly growing project and has a number of components. You can think about the components in four categories.

A Pipeline is a collection of Tasks which can be executed repeatedly and may have many instances running in parallel. The Pipeline may not be idempotent so Tekton will run the Pipeline only once. A Task is a set of Steps that are the actual execution of the pipeline. In other words, a Step is a small piece, like compilation, a logical set of steps is captured as a Task, and a series of Tasks becomes a Pipeline. In Kubernetes terms, each Step is a container, each Task is a pod that contains the appropriate Step containers, and the Pipeline is one or more Task pods.

Tekton Catalog is a mechanism for sharing pre-built components amongst Tekton users. Tekton Hub is a Web UI for finding and accessing elements of the Tekton Catalog. 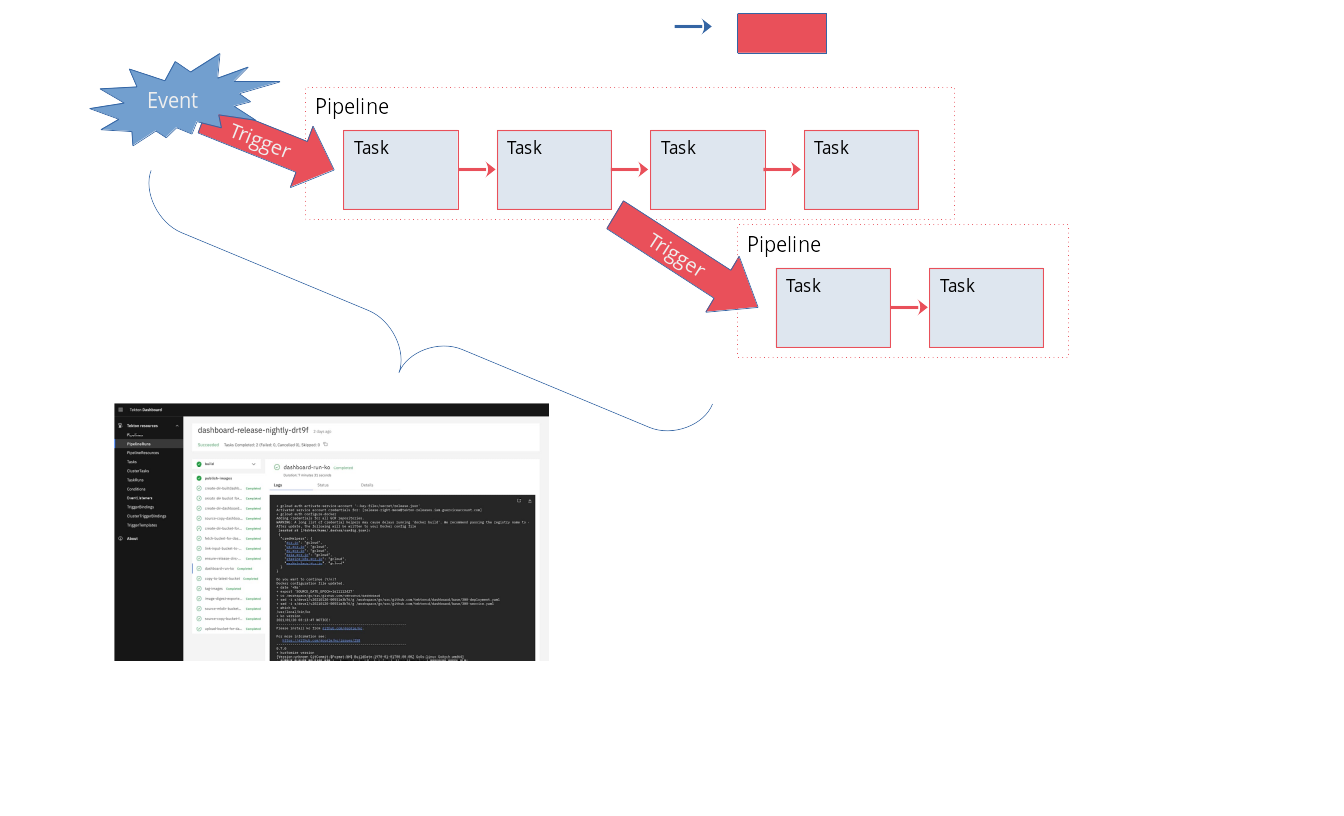