Do you create technical content and struggle with keeping it relevant? If so, then this post is for you. We’ll discuss the fundamental problem of keeping content relevant and then introduce some automation strategies, tools, and techniques we use here at Kube by Example for helping to keep our content updated and relevant, with as little human intervention as possible.

The strategy we outline here isn’t only relevant for technical content: it can be used to apply continuous integration best practices to everyday software development.

If you create it, update it

Anyone who creates technical content knows and understands one important principle: The more you create the more you need to keep relevant. Technology changes so fast that it quickly becomes out of date. Out of date content becomes irrelevant and isn’t useful to people looking for it. Keeping content updated can be a time-consuming task that must be repeated over and over again: a process we internally call “babysitting”.

Technical content comes in many forms: blog posts, articles, learning paths/lessons, demos, and workshops, just to name a few. These forms may even be combined in some cases.

This post looks at a recently-added Deploying Spring Boot to Kubernetes with Eclipse JKube and ConfigMaps learning path lesson here on Kube by Example and examines the automation strategy employed to keep it updated with very little work.

There are many dependencies used by the application in the lesson, such as Spring Boot, Spring Cloud, and Eclipse JKube, just to mention a few. Whenever we (a human) notice a new dependency version available, we could fork the project, update the dependency, create a pull request, wait for the checks to run, and merge it (assuming all the checks pass). That seems like a lot of work, though, especially since we’d have to do it on two branches. This manual process would also be repeated often. This is what we’re trying to avoid doing!

What does the automation do?

Let's examine some of the automation that allows it to keep itself up to date automatically while still ensuring the code behind the content still works according to the content within the lesson. We’ll begin by describing what happens today and then explain how it all works, detailing all the various pieces that form an end-to-end solution.

As new versions of Spring Boot, Spring Cloud, Eclipse JKube, or any of the other dependencies within the project are released, the project automatically updates the dependencies, runs its suite of unit tests, deploys itself to minikube, and then runs a set of integration tests against the deployed instance.

All of this automation happens for BOTH Java versions 11 and 17, ensuring that the end result the user builds throughout the lesson continues to work as newer versions of the underlying technologies within the application are released over time, all with very little human input. In fact, the only human involvement is whether or not to accept the update once all of the automation has proven that the update does not break anything.

So, what’s the “magic” that makes this work? Continue reading to find out!

How does the automation work?

There are a few pieces to the automation that, when combined, form a complete end-to-end solution. The total solution wouldn’t be possible without all the parts, each of which we will describe further. This article will guide you through a ground-up approach to everything required to build the automation.

The tools used to write these tests most likely vary by technology, but in our case, this is a Spring Boot application exposing RESTful endpoints, so unit tests use the Spring Boot Testing features. The HelloControllerTests.java class in the repository contains tests for the endpoints within the application.

The application uses Apache Maven as its build tool. Simply running Maven’s verify phase will compile the application and run its unit tests.

You can use the Spring Boot Testing features to write integration tests. In such cases, the build tool (Maven) will first launch the application in a separate process and then execute the test classes against the running application. However, that doesn’t work if our goal is to package the application, deploy it somewhere in some running environment, and run some tests against it.

Next, we need a pipeline to execute the tests. There are many pipeline technologies out there - Jenkins, Tekton, GitHub Actions, Circle CI are just a few. GitHub Actions are what is used in this project. They are well integrated into GitHub. They allow a GitHub project to build pipelines that can be triggered by many different kinds of events, including code check-ins, pull requests, on-demand, and on-schedule.

First, we need to define a GitHub Action workflow. A workflow is a series of jobs that various events can trigger. Each job contains steps that are executed to complete it. There are many different ways to structure workflows and jobs.

Remember, this project has two branches: main and solution. The solution branch contains the result of completing the lesson, which includes deploying the application to minikube using Eclipse JKube and reading the ConfigMap from Kubernetes. The main branch is just a skeleton application. Both branches contain the same unit tests, but only the solution branch contains the Postman Collection integration tests.

For our use case, we decided to keep it as simple as possible; therefore, we only have a single workflow. Both branches will contain the workflow. The workflow in both branches contains a job that compiles the application and executes its unit tests. The compilation and test execution should be performed with Java versions 11 and 17. Only the solution branch needs to execute the integration tests, again for both Java versions 11 and 17.

A GitHub Action workflow is a YAML file in the .github/workflows directory of a project hosted on GitHub. The name of the file can be whatever you like. Let’s examine this project’s workflow.

The main branch’s workflow file, build-test.yml, is pretty simple and looks similar to most Java applications that use Maven (we’ve omitted a few things from this listing for brevity):

First, it needs to compile the application and run its unit tests (hmmm - I wonder where we saw that before?). Second, it needs to deploy the application to minikube using the same steps and commands as in the lesson. Third, it needs to run the Postman Collection integration tests against the deployed instance. Last, as all good shared infrastructure citizens should do, it needs to tear down the minikube instance it created.

The Postman ecosystem contains a command-line Collection Runner, Newman, enabling you to run and test a Postman Collection on the command line. Newman is installed via an NPM module. We’ll show how to integrate it into the workflow.

Let’s take a look at the workflow:

Now that our workflows are defined, we can bind them to specific events or triggers. Let’s think about when we’d like our workflows to run.

GitHub’s pull request mechanism is a great collaboration tool for teams working within the same codebase. Pull requests enable teams to propose changes to a shared codebase, collaborate about or review the change, and make sure the proposed change doesn’t break anything before merging it into a target branch. Running the workflows against pull requests before code makes it into one of the branches is a good way to ensure a proposed change doesn’t break existing things.

Additionally, it probably makes sense for a workflow also to run when any commit happens directly on one of the branches.

Let’s look at how to set up these triggers.

Workflow triggers are defined in the on: section of a workflow file. Let’s take a look at that section of the workflow now. It is nearly the same for both the main and solution branches. The only difference is the branch name in the triggers.

Having the triggers in place is great, but only defining triggers doesn’t require the workflow to run to success prior to taking action on a proposed change. That's where GitHub protected branches come in.

GitHub protected branches allow you to define rules and requirements on certain branches, dictating things like reviews are required or that certain checks need to run to success before merging.

To configure protected branches, go into the project’s Settings on GitHub. In the Code and automation section on the left-hand side, click Branches. We have protected branch configurations for both the main and solution branches in our setup.

Here is what our protected branches configuration looks like for the solution branch:

This combination of settings ensures that

So far we’ve built a smart pipeline that requires testing changes before they can make it into one of the branches. The final part of the puzzle that we haven’t covered is ”how do we automatically keep the versions of dependencies within the application updated?” After all, this is the point of this article!

Fortunately, there is a way to automate that process, too with GitHub Dependabot. Dependabot can watch the upstream repositories the application uses (Maven Central in our case). It can compare the versions of dependencies used by the application with versions in the source repository. If it notices an updated version, it will create a pull request against the project containing updates to its dependency configuration file(s) (pom.xml in our case).

Taking it a step further, you can configure Dependabot to monitor multiple branches and to open pull requests targeting different branches. Doing so allows you to keep dependency updates targeted to specific branches while keeping those updates isolated from other changes across multiple branches.

As you can see, combining a good test suite with GitHub Actions, pull requests, protected branches, and Dependabot enables us to be mostly hands-off when it comes to keeping our content updated and relevant. We could automate the entire process by configuring GitHub to automatically merge pull requests opened by Dependabot, targeting specific branches that pass the required status checks. We just aren’t quite ready for that - yet! 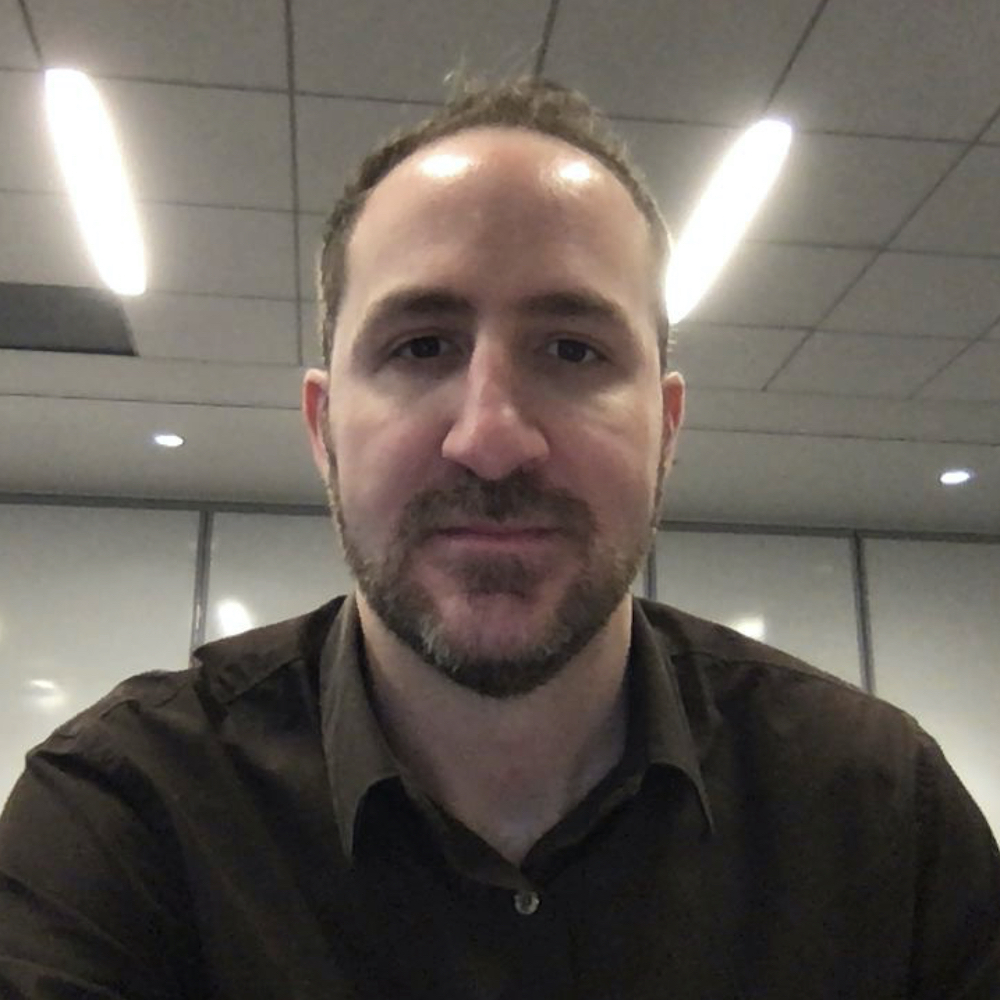 Eric Deandrea
Sr. Principal Developer Advocate
Eric is a Sr. Principal Developer Advocate at Red Hat, focusing on Application Development technologies such as Quarkus, Spring Boot, as well as the rest of Red Hat's Runtimes portfolio. Prior to joining Red Hat, Eric spent many years in the financial services & insurance industries. Eric also enjoys contributing to various open-source projects, including Quarkus and the Spring ecosystem. Outside of work, Eric enjoys ice hockey and martial arts. He holds a black belt in Kempo Karate.