Syncwaves are used in Argo CD to order how manifests are applied to the cluster. Whereas resource hooks breaks up the delivery of these manifests in different phases.

All manifests have a wave of zero by default, but you can set these by using the argocd.argoproj.io/sync-wave annotation.

The wave can also be negative as well.

When Argo CD starts a sync action, the manifest get placed in the following order:

Read more about syncwaves on the official documentation site

Controlling your sync operation can be futher redefined by using hooks. These hooks can run before, during, and after a sync operation.

To enable a sync, annotate the specific object manifest with argocd.argoproj.io/hook with the type of sync you want to use for that resource.

For example, if I wanted to use the PreSync hook:

You can also have the hooks deleted after a successful/unsuccessful run.

You can apply these with the argocd.argoproj.io/hook-delete-policy annotation. For example

In this example, we will be deploying the sample application in the 03-working-with-waveshooks directory in the sample repo. You'll notice that there are various YAMLs for this application. Each manifest has been annotated with a wave.

Argo CD, using the annotations, will deploy the manifests in the following order.

To see this in action, create the Application with the argocd cli: 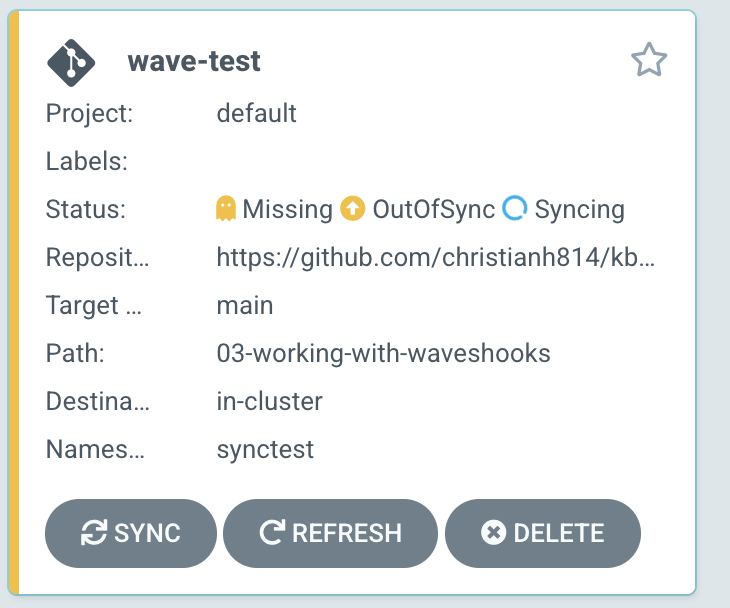 When you click on this "card", it'll take you to the tree view and you can see the process taking place. 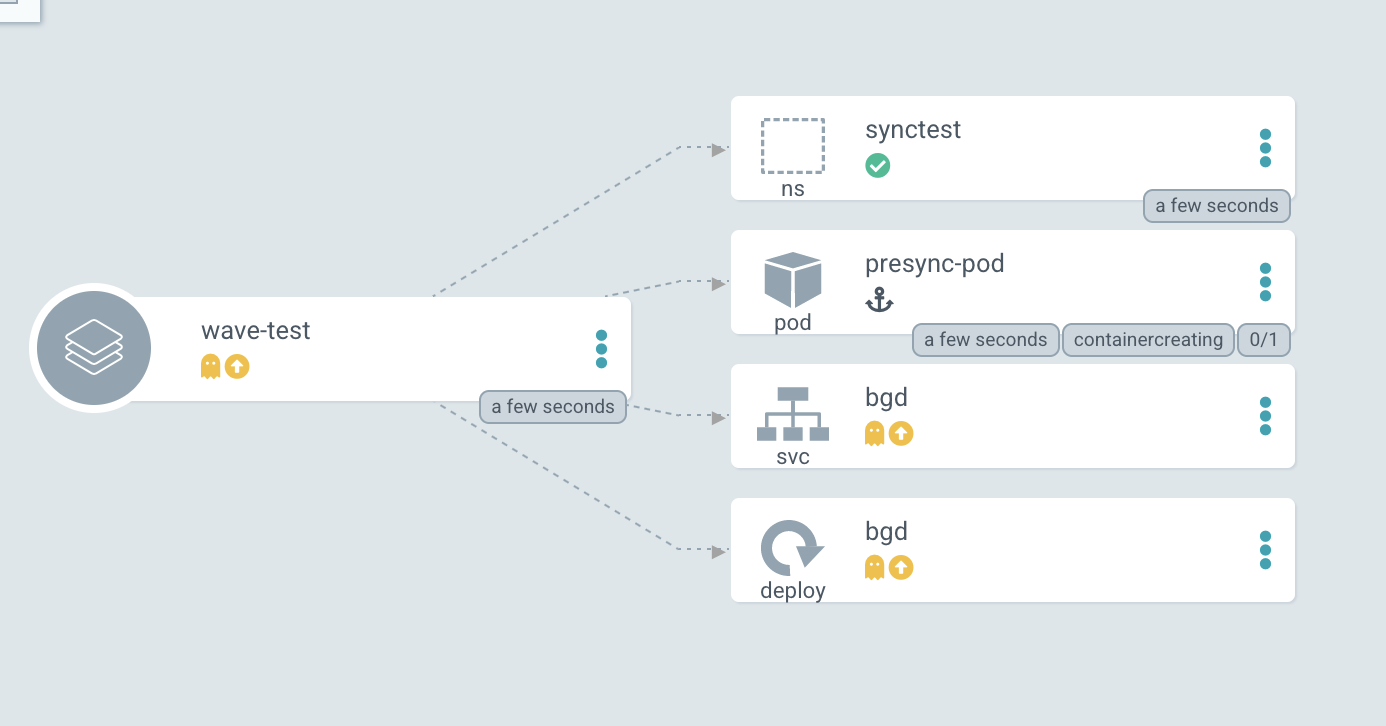 You will note that the manifests will deploy in the order specified by the annotations. After the phases and waves happen, the application should be fully synced. 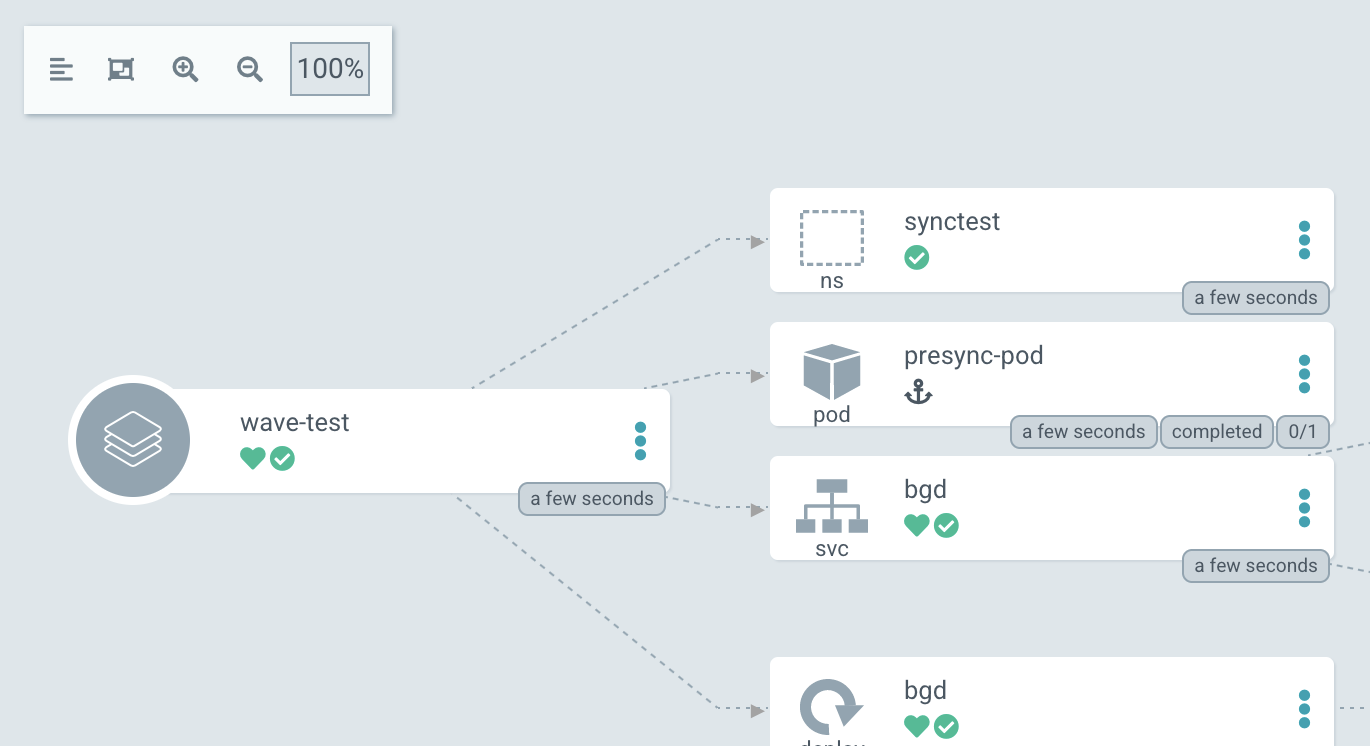 Ordering manifests comes in handy when you are deploying a workload that needs to have a certain order. For example, if you have a 3-tiered application with a frontend, backend, and database. In this scenario you might want the database to come up first, then the backend, and at the end the frontend.