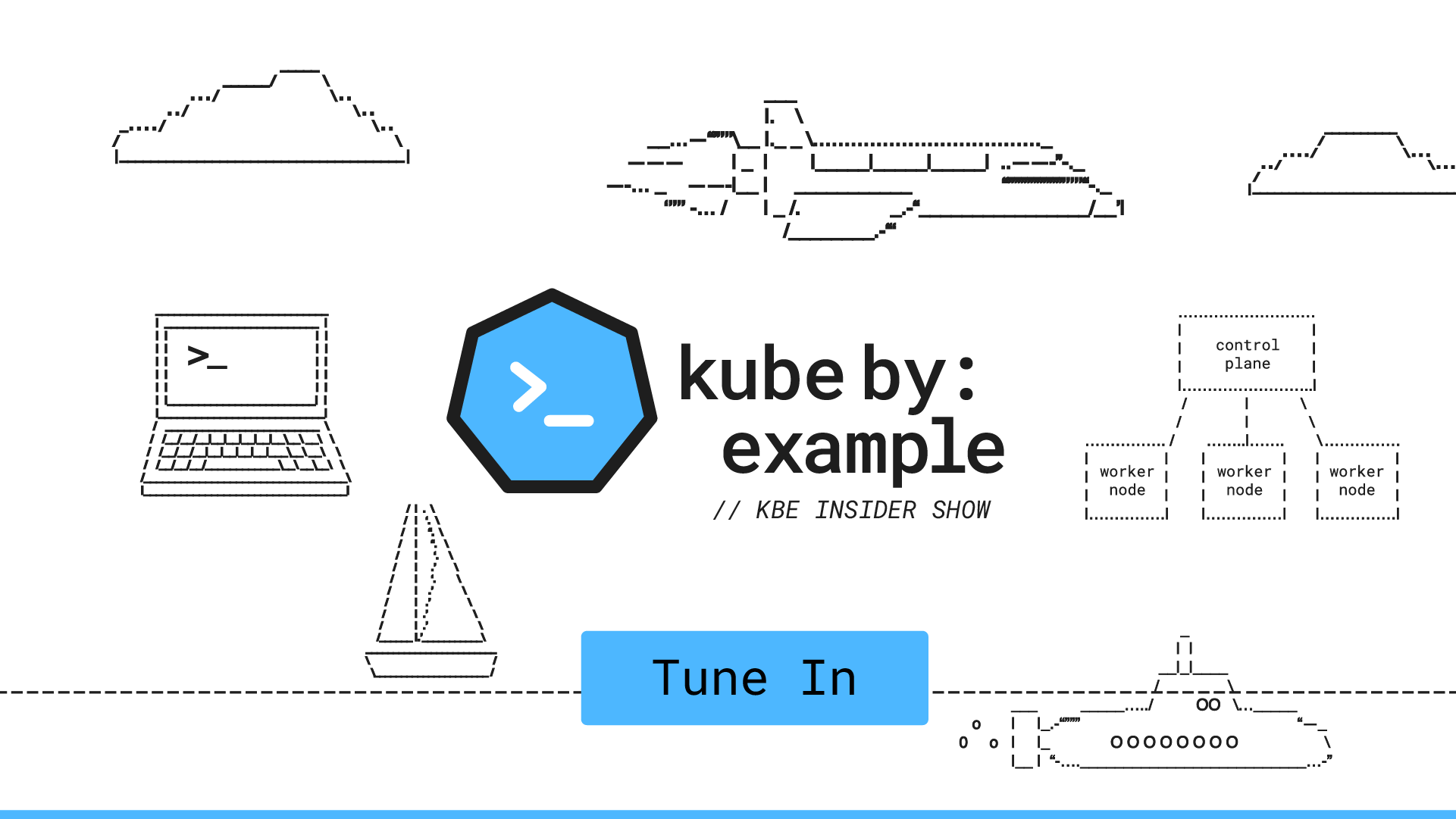 We launched Kube by Example (KBE) Insider earlier this year, not because we wanted to create yet another live streaming show, but because we noticed there was a gap in the Kubernetes community in regards to knowledge sharing. With KBE Insider, we wanted to give people the inside scoop on what’s happening within the Kubernetes community and the cloud native ecosystem. In addition, KBE Insider is a resource where people can get more connected with the people who are involved with Kubernetes and contribute to its future.

Get started with KBE Insider

If you are like many other technology professionals, you are new--or at least relatively new--to Kubernetes.  In fact, the Cloud Native Computing Foundation (CNCF) recently released the transparency report for their annual KubeCon + CloudNativeCon North America, held as a hybrid event in Los Angeles last month. The transparency report found that “Of this year’s online registrants, 67% were first-time KubeCon + CloudNativeCon attendees while 60% of the in-person registrants were first-timers.” Next year, KubeCon + CloudNativeCon North America 2022 will be hosted in Detroit, Michigan on October 24-28. Let’s see how many more will be first time attendees, we’re thinking the trend keeps rising towards more first time attendees.

For these reasons, we saw a need to offer the Kubernetes community a starting point, a resource where you can learn by doing --- with hands-on learning paths and learn by watching --- with videos such as KBE Insider. Our goal is to give you a more holistic view of Kubernetes, with KBE and KBE Insider.

This is the last KBE Insider episode of the year! We talk to Kaslin Fields about her role as Developer Advocate at Google Cloud and CNCF Ambassador. We’ll learn how Kaslin makes technology, such as Kubernetes, more accessible to a broader audience through various mediums, including comics. Also, as a member of the Kubernetes SIG for Contributors, Kaslin will share her experience contributing to the Kubernetes community and share how you can get involved.

Subscribe to the KBE Insider notifications for new upcoming shows and watch on-demand via the Red Hat Developer YouTube channel.

Get Involved with KBE Insider

Do you want to be a guest on KBE Insider or know someone you think should be on KBE Insider? Send us a note with our feedback form!